Ten Women Photographers Who Continue to Inspire us

Ten Women Photographers Who Continue to Inspire us[email protected]April 9, 2020May 24, 2021 Every March 8 we at Manipal Technologies recognize the 3,500 women in our workforce that play an integral role in our company’s success, by choosing one field where we are successful because women, past and present played a role. This year’s theme, “photography” presented a challenge as there have been so many inspirational women in the field that we did not know whether to create a list by subject, sub-categories or era. Finally, we decided to seek out those women photographers who inspire our own staff. So here’s to the trailblazers, the mavericks, the passionate ones- those, here’s to the ones who broke the mould-

1) Dorothea Lange– Who doesn’t know Dorothea Lange? Perhaps the most famous depression era-photojournalist (male or female), Lange is perhaps best known for humanizing that great economic meltdown, focusing on capturing the despair but also resilience on the faces of hundreds of ordinary men and women across America.

Figure 1: Dorothea Lange’s 1936 picture “Migrant Mother” captures the uncertainty, despair yet quiet resolve of Florence Thomson, the so-called “Migrant Mother”. The picture was once called
“The Mona Lisa of the Depression”

2) Margaret Bourke-White: Bourke-White had many distinctions- Life Magazine’s first female photographer, America’s first female war correspondent, the first American photographer allowed to photograph life in the Soviet Union, and photographer of subjects as diverse as the Nazi-controlled Buchenwald Concentration Camp shortly after its liberation, and India’s Mahatma Gandhi, shortly before his assassination. She was as intrepid as she was talented, with the result that her work has become a continuing source of inspiration for every aspiring photojournalist.

Tony is Manipal Tech’s content development head. As a visual content specialist, he’s been around photography all his life. “I am a big fan of photography as a medium”, says Tony. “If it hadn’t been for the first woman to blend science and photography, who knows how much longer it would have taken to move from illustrations to photographs in science books?” he says. His favorite female photographers are:

3)Anna Atkins- Anna Atkins was truly remarkable. Not only was she the (most likely) first female photographer back in 1843, she was also a trained biologist. Her photos of plant life became the subject of the first book with photographs every printed.

4) Gerda Taro: Gerda Taro had a short, yet remarkable career.At one of the most tumultuous eras in history, Gerda Taro (real name Gerta Pohorylle) was not only a woman and a war photographer, but also a Leftist and German Jew, all dangerous tags to possess when the Nazis were in power. Ultimately Greta died in line of duty, making her the first female journalist to do so.

Figure 4: A picture of a training militiawoman taken by Taro during her coverage of the Spanish Civil War, 1936

Jerry, Manipal Tech’s Image Processing Head, has been with the company for 10 years. In that time he has supervised processing of over 10 million photographs! Himself an avid artist and photographer, Jerry has a passion for world photography. “The world is very big, and photography is a universal medium”, Jerry says. “I tend to gravitate towards women whose work is remarkable not only because the work was incredible, but also because they are/were working in situations where photography was as much a social commentary as an act of art!” he says. His favorites?

5) Shadi Ghadirian: Shadi Ghadirian is remarkable not only for the art she produces (9 series of photos till date), but also for the fact that she is such a courageous woman, practising her art in the environment of the Islamic Republic of Iran.

6) Fatoumata Diabate: Fatoumata Diabate is from the African country of Mali. She is a modern photographer who focuses on everyday life in her favorite Mali as well as other parts of the world.

Shweta, a Graphic Design supervisor and a mother of two, is an expert in 3D art- “Modern technology enables us to imagine in 3D” she says. “Nothing is more beautiful than being able to see the depth in things- the water in a jug, the look of a tiger in the wild. Etc”. When we asked her about her favorite female photographers of all time, she had a quick answer:

7) Kopal Goel: Kopal is a mountain climber and adventure photographer. She represents a new breed of women around the world that are both doers and chroniclers. Some call it the “Instagram” world effect on photography practices.

Guru, the VP and BU head is a technology enthusiast. “I have a lot of respect for what women photographers have achieved in the past”, he says, “but what really excites me is the impact they will have on the future. Women today are technocrats, business leaders, artists, and I have no doubt that women photographers will stand out even in emerging fields”. His favorites?

9) Victoria Volchenko is a Russia based photographer who specializes in drone photography. She is starting to make waves in International markets.

Figure 6: Drone shot of an interchange in Russia by Victoria Volchenko

10) Brooke Shaden: This fine-art photographer and photoshop artist is one of the most respected and viewed photographers on the world’s biggest photo-sharing network, Instagram. She creates thought provoking, mysterious fine art that’s earned her quite a buzz on social media!

And that’s all for now. Remember- the camera doesn’t care whether it is a man or a woman behind it, but the viewers sometimes do. This list above is just representative of the much wider group of women photographers out there. So the next time you see a woman with a camera, smile! 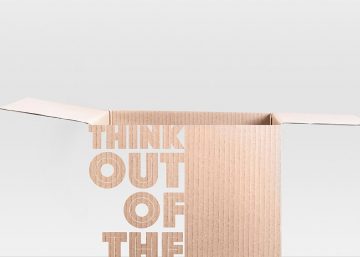 Sustainable and Gamified Packaging – The Future of Packaging Social media advertising is a completely new phenomenon, barely a decade old, yet it has... 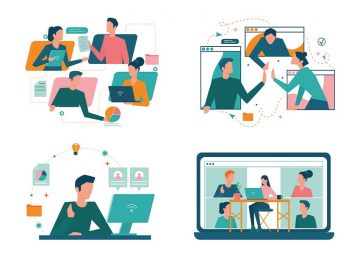 The rise of the digital age has fundamentally changed the way companies create value. While...