CGI services and 3D Animation may appear to be the same thing, but when you go into the technical definitions of both, the differences become clear. This CGI vs. 3D animation: the differences guide will help you grasp what CGI and animation are and how they differ.

What Exactly Is CGI?

Originally, CGI, or computer-generated imagery, refers to visuals that were added into live-action scenes. It allowed directors to replace models with computer-generated imagery, giving their pictures additional breadth and size. Since its inception, the term has come to refer to a project that has been rendered primarily, if not entirely, in computer animation software. This style of depiction has quickly acquired traction across a variety of formats, including online video, social media, and television advertising.

CGI has a broader scope than traditional animation and appears better, or flashier, to the ordinary viewer. Producing it necessitates the use of specific instruments and abilities. Long undertakings, like animation, can take weeks, months, or even years to complete.

One advantage of computer-generated imagery is that a model only needs to be developed once. Once created, 3D elements can be animated to accomplish almost anything and easily reused across several scenes and even whole different projects. CGI errors are easily corrected by going back and re-rendering the material. One disadvantage of CGI is that it consumes a lot of digital storage space, making it impossible to keep many, larger projects without the correct equipment.

What Exactly Is 3D Animation?

Originally, animation was defined as a series of hand-drawn cells that were played in sequence, with each image painstakingly sketched and rotoscoped to create a smooth, stylised motion. With the advancement of technology, a new type of animation emerged: 3D animation, commonly known as computer animation. 3D animation is the process of creating animated visuals digitally. CGI, the more generic word, includes both dynamic visuals and static scenes, whereas 3D animation only refers to moving images.

In essence, it is the digital equivalent of classic stop motion techniques. It creates moving images without the use of performers, expensive set pieces, or props by using 3D-created models. The use of specialised animation and video production software is required for 3D animation. Objects or models are built on a computer monitor and rigged with a virtual skeleton during the animation process. This enables the animator to move any portion of the body or object on crucial frames individually.

When the animation is finished, it is digitally rendered. This animation technique may handle a variety of art styles, including stylized, abstract, and photorealism. Unlike traditional animation, it can compete with CGI in both scope and appearance. Depending on the scope of the project, 3D animation can take a long time to accomplish, although it is significantly faster than hand-drawn animation.

What Is the Distinction Between CGI Services VS 3D Animation, and How Do They Interact and Purpose of CGI and 3D Animation?

We can readily identify where CGI and 3D animation cross and differ now that we’ve defined both. CGI is an umbrella term for graphics made with software that incorporates any form of an image, moving or not. 3D animation, on the other hand, is always accompanied by dynamic 3D images. So, rather than focusing on their differences, consider how these notions interact with one another.

What has considered the first piece of animation is a point of contention. Many people believe that the history of animation began with the development of photography, although some suggest that attempts at animation date back to 3,000 BC. However, for the purposes of this tutorial, we shall begin with the form of animation that follows photography.

Film buffs and historians consider Fantasmagorie (1908) to be the first cartoon animation. To achieve the desired sequence, French animator Émile Cohl created the comic frames on paper and photographed them. This method simulates the experience of doing traditional animation. However, with CGI and 3D animation in the picture, providing motion to figures is no longer as time-consuming — and the two may generate a more realistic outcome.

Artists can now animate CGI more efficiently thanks to animation and digital art technologies. Over the years, animation and computer graphics have collaborated to meet people’s entertainment demands. However, the applicability of the two extends to other fields as well.

What Is the Purpose of CGI Services VS 3D Animation?

While most people identify CGI and animation with games and movies, this technology also assists other businesses. Here are some other ways CGI and 3D animation collaborate to produce meaningful and beneficial results:

4. Home staging on the internet

CGI and 3D animation are not interchangeable. They do, however, share some similarities and differences.

The former is an umbrella word that incorporates both static and dynamic computer-generated features. This means that while 3D animation is a component of CGI, not all CGI is a form of 3D animation.

The two, on the other hand, collaborate to create interesting and educational content. Their use can be found in a variety of sectors, including medical, marketing, and real estate. 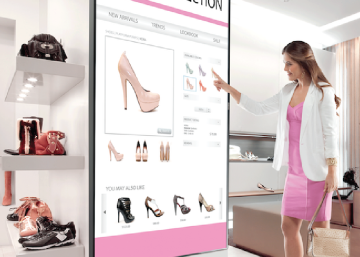 Video creation is a significant trend in the business sector right now, but why is... Growth of the Augmented Reality Market

Augmented Reality has been hyped for decades as a “game changer” technology. Let us see...